This version of the document is applicable to GameDriver 1.x and is now deprecated. For the up-to-date version please visit this article: https://support.gamedriver.io/support/solutions/articles/69000385849-working-with-hierarchypath

For mobile reading, See the attached PDF version at the bottom of this article.

Contains Confidential Information. Except as specifically indicated otherwise, a valid license is required for possession, use or copying. 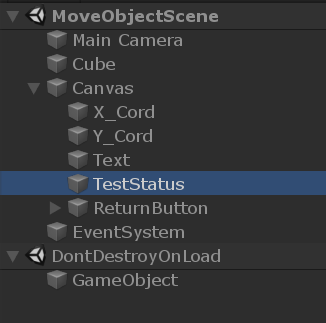 Initially, we expect this field to be blank, but in our test the field will change to “Test Complete” if we meet certain criteria. We will not be covering the test case leading up to this scenario, only how to identify the objects involved in the test. 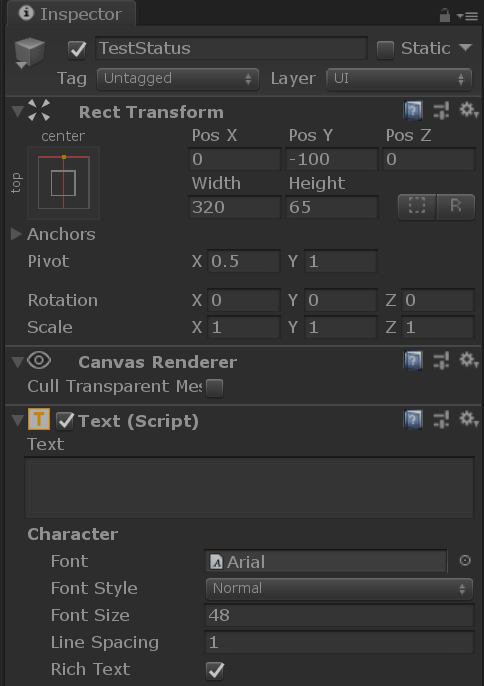 Using the GetObjectFieldValue function which takes only an HPath argument, we can use the following. GetObjectFieldValue() returns the .ToString() method on the last object in the HierarchyPath. If no object is found at any point in the lookup, the string object_null is returned.

Note that this approach can be used to query any method property that has a toString method, which is most due to inheritance from MonoBehavior. Some common properties might be @color, @name, @length, @text, or @material. Just be sure to query the corresponding component type in your query. For example: 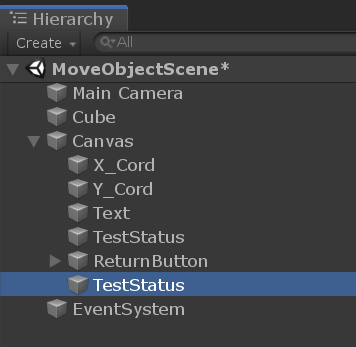 The above will resolve to the first instance of an object with the name “TestStatus” and the tag of “Popup”, regardless of where it exists in the object Hierarchy.

Resolving Objects by Components and Fields

When providing a matching predicate condition, any Field or Property defined on the class of the object is matchable. However, they are limited to ToString() values return for the field or property. Using the initial example above, we can query for an object using the value we expect to find in the @text property using the following syntax:

Here we are using a predicate [] for the entire search, with the conditions that the object name is “TestStatus” and the value of the child component “(‘UnityEngine.UI.Text’)/@text” field should equal “Test Complete”. The “and” clause is optional here, but useful if there are multiple objects with the same name, and all of which have a Text component. Only the object with the value indicated will be returned. Note, we’re using GetObjectPosition in this example since we know what the field value should be. Another approach might be to use additional object properties, such as the length of a given text field. In this example we’re waiting for the value of an object property to be a certain length or value:

GameDriver HierarchyPath also supports any combination of object names or tags using the boolean operators "and" or "or", contained within a predicate clause such as:

It is also supported to use the parent or grandparent object properties as well, such as:

The above will look for an object with the tag “TagButton”, and a parent objects with the name “Canvas”. 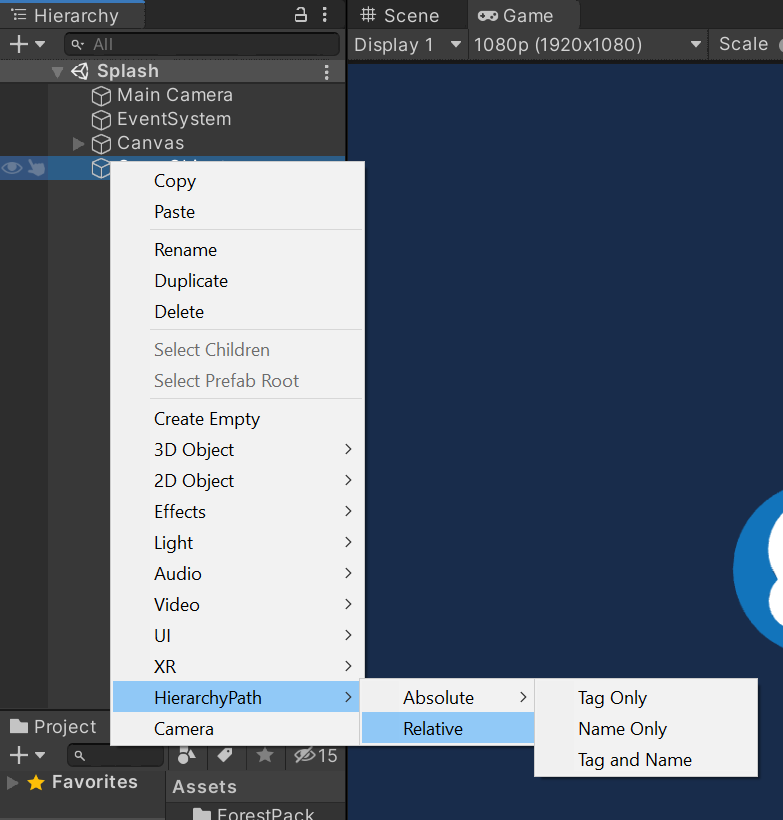 The above in bold reflects the Relative path to an object with the name “GameObject”. We can copy and paste this value into a test query, ignoring the rest of the output above. For example:

We can use either in the object query, i.e. Api.GetObjectPosition(“/Untagged[@name='GameObject']”); will still be valid.

In this document we covered the basics of using HierarchyPath in your GameDriver tests. There are many ways to combine the concepts presented here to build resilient automation for your Unity projects. You can locate objects by any combination of the following properties:

The HierarchyPath structure is designed to be flexible, allowing you to handle a wide range of scenarios in your GameDriver tests. If you find a scenario that you are unfamiliar with, start with the basics and refine from there. For example, you might start by searching for an object using the output from the GameDriver plugin for Unity, and printing the output to the console. Once you have refined your object search to return the necessary properties, you can incorporate it into your tests.

For additional news and information regarding the use of GameDriver and HierarchyPath, please visit the forums at Gamedriver.io

pdf
Working with...
(250 KB)
S
Shane is the author of this solution article.