Testing Unity-built projects targeting the Android platform is a straightforward process, and can easily be added to the build-verification pipeline with a few simple steps.

As a starter, we recommend reading Unity’s documentation for working with Android here.

This article assumes you have already installed the GameDriver agent into your Unity project, and have at least a basic test running against the Unity editor.

Make sure your project is targeting iOS under the Unity editor > File > Build Settings, and that your project supports the following under Player Settings > Other Settings:

The Company Name, Product Name, and Version should all be filled as these will be used to populate additional fields for the player build.

Next, verify the package name and version appear as expected and that the Minimum and Target API levels are in line with supported devices and APIs required for your project. Again, refer to the Unity documentation for more details on the API Compatibility Level required by your project. 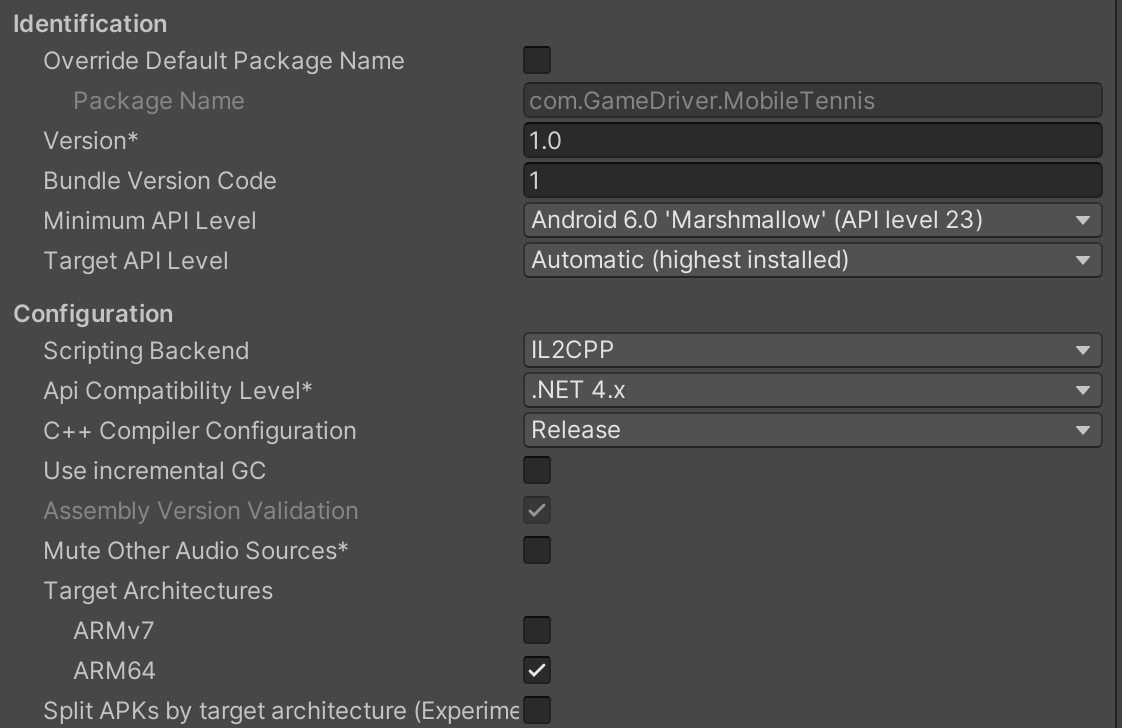 Installing the app on your device or emulator

Once you build your project, you will need to install the resulting .apk file on your device or emulator before you can run your test. You can then connect to the device via Unity, Android Studio, or command-line. At a high level, the process is as follows:

Setting your tests to automatically connect to a device

This doesn't perform the ADB forward for you, but could be modified to do so using step 13 in the Appium instructions (minus Appium):

Then you would want to add something to the [OneTimeTeardown] to back this out with the command adb forward --remove tcp:19734 using the same approach as above.