Working with XR and the Unity Input System Print

The Unity Input System package (2019+) provides a new way to map input actions from a wide range of devices to any sort of application interaction. Communication between the controls and the input map is made up of a sender and a receiver. The path to the receiver must coincide with a device or action path, as defined in the project InputActions.

The GameDriver XR Simulated Input plugin allows tests to be written for projects that utilize the Input System package. Tests can be executed as if a physical device were present, allowing for automated test execution independent of the physical device. Simulated devices are created by the GameDriver agent, which processes input commands passed into the project using the GameDriver API client.

Before getting started with the GameDriver XR Simulated Input plugin, it is essential to have the following present in your Unity project. 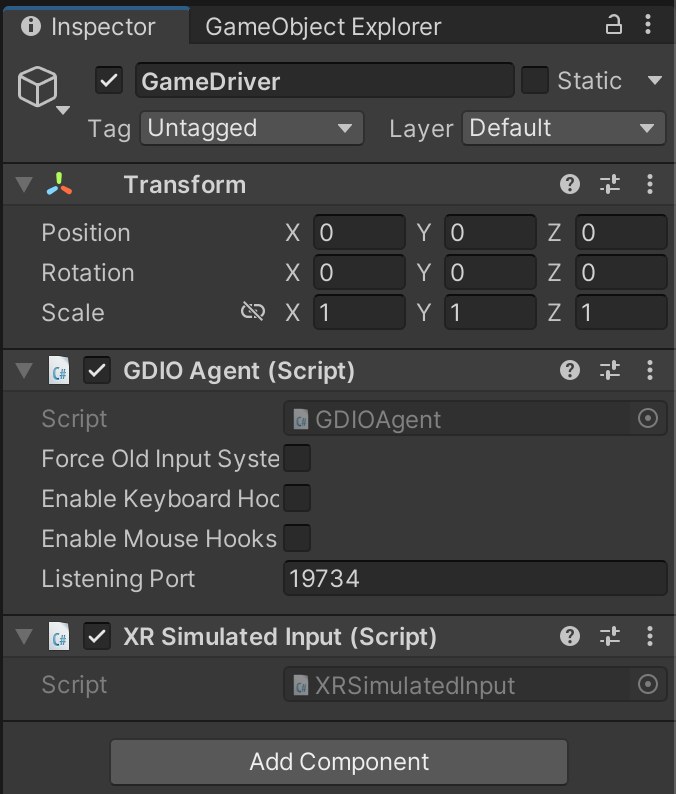 To work with simulated XR devices using GameDriver, follow these simple steps. Note: GDIO is automatically added to simulated devices, and needs to be included in Input commands.

Device paths in the map are written as <Device>/inputControlName and are case-sensitive. For example, the following are unique paths:

Paths can have symbols in the map:

For example, if the HMD position is mapped to be received as:

The code to send it can be set for a specific device, using the name:

Or all devices of the layout type using:

<XRHMD> means that the device in question was created having an XRHMD as a base layout. The map will look for any device of this type, and check the inputControl of that name. If the map is requesting something like:

This means that it's looking for any device of type XRController, but only those tagged as LeftHand. In this case, upon device creation, the tag must be passed to it, or the map won't identify it when receiving the command.

The GameDriver Agent allows you to add simulated devices for testing interactions and inputs without the need to plug in a physical device during automated testing.

Device creation is done as follows, and the GDIO tag is added by default:

For the HMD, the following will work since it doesn't require tags:

However, for the controllers it is important that the tag matches what the map requested.

Input paths can be obtained using the GameDriver command:

This accepts a range clamped to 0-2:

0 = string to output to debug

Some paths will have more than 1 path, such as the LeftHand position, meaning any of them will be used. Some are for specific devices. Meta Quest, for example, doesn't have pointerPosition. 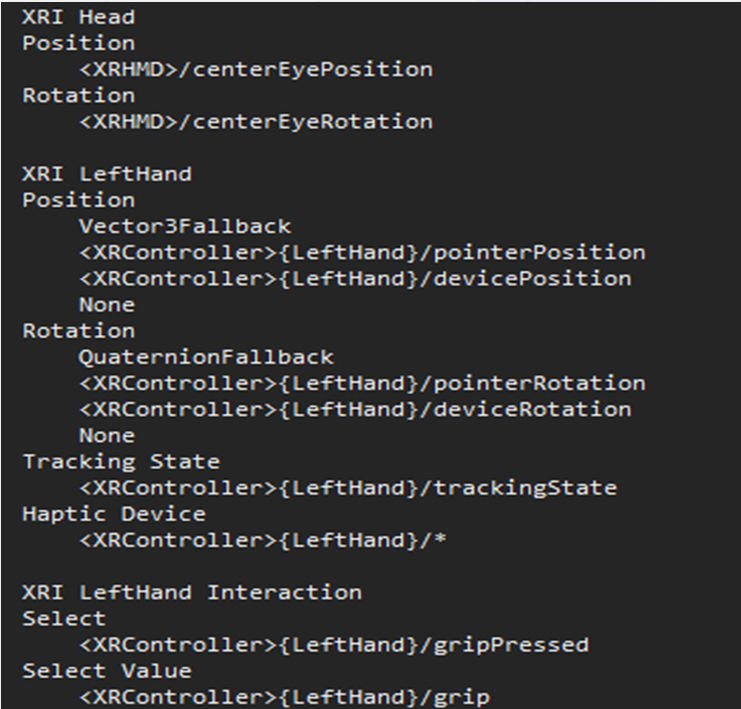 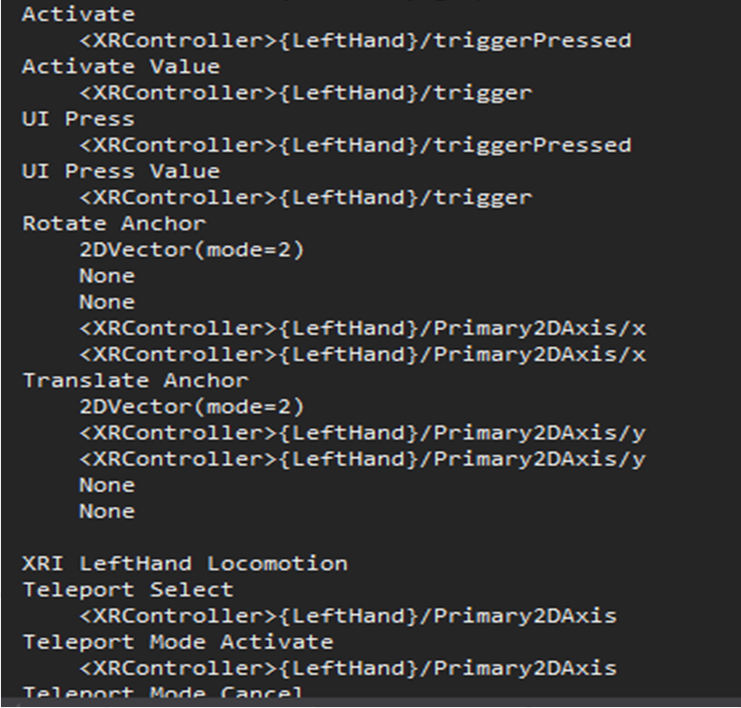 Looking at the paths, it's easier to see how to send events using simulated inputs.

If GDIOHMD is the device name. For the hands, it could be for all controllers:

or for only controllers with the tag LeftHand

If GDIOLeftHand is the device name. The {} part indicates the tag must be added to the device.

Code example: Note that the trackingState is used to track the hands. In this example, the value must be set to 63. This value may be different depending on the implementation.

The GameDriver API supports the following commands for use with the Unity Input System:

Details on the use of these commands can be found in the API reference.